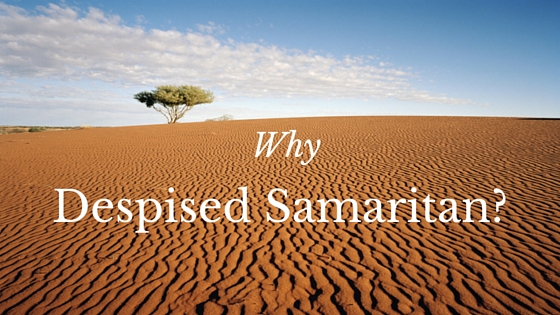 It’s my Twitter handle. It’s my website. And now I’ve named my publishing company after this simple phrase from Luke 10. But why? For me, the phrase grabbed hold of me in high school and I’ve never been able to shake it. The parable of the Good Samaritan is intriguing even to non-Christians as it shows us what it means to truly love our neighbor.  It didn’t come from the people who were paid to do it. It didn’t come from the respected religious leaders of the day. In fact, those people had no time for the man laying on the side of the road dying. And then “a despised Samaritan came along”.  By all expectations of those times, such a man was more likely to simply finish the Jew off than do anything to help him.  Half-breeds, a mixture of Jew and Gentile, they were loathed for their blend of pure and imperfect DNA.  Incorrect in their places and efforts of worship, the Jews and Samaritans had literally fought and desecrated each others’ temples at times.  To the Jews, the Samaritans were nothing more than a reminder of what happens when your ancestors stop doing what they were told to do and try it their own way.  The northern kingdom of Israel was carried off, wiped out, and intermarried until there was nothing left of it but a sad reminder of disobedience and a people who felt unloved, unworthy, and forgotten.

So, why Despised Samaritan?